Nuclear Deterrence During the Cold War 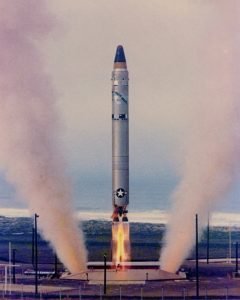 Many scholars and experts have expressed skepticism about the logic behind nuclear deterrence during the Cold War. They have also urged leaders to use caution when basing security measures on deterrence. Indeed, the recent threat by North Korea to use nuclear weapons has prompted questions in the minds of some advisors. The concept of deterrence assumes that a country will not resort to a nuclear war if it is unable to prevent it.

This deterrence policy was largely based on the principle of Mutual Assured Destruction (MAD), which was based on the bipolar Cold War order. Although MAD remains a fundamental principle of the doctrine, it is not as applicable today as the world moves towards a multi-polar order. As a result, nuclear deterrence has been reinterpreted by many strategists and experts – but the key concept of deterrence hasn’t changed.

MAD is based on the concept of Game Theory, i.e., rational thinkers will do what’s in their best interest and will seek to maximize their gains – or minimize their losses. Under Game Theory, MAD is a rational choice; however, as smaller powers obtain nuclear weapons, it becomes more difficult to determine to determine costs. If a nuclear power acts is an irrational manner, Game Theory breaks down; and deterrence breaks down.

In the case of the Soviet Union, the United States would never use nuclear weapons in a conflict unless it was absolutely necessary to maintain security. The United States, however, issued security assurances to allies to make sure they wouldn’t get into a conflict with the Soviet Union. Thus, it became necessary for the US to enter into larger security arrangements such as NATO to protect all members. Theoretically, this shouldn’t have been an issue, but it had the negative effect of the US siding with dictatorships and tyrannical governments in order to keep the peace. These “exceptions” caused significant credibility issues for the US.

The key to deterrence during the Cold War was to confuse an adversary’s strategic calculus. It’s about creating the impression that the consequences of a nuclear attack are unacceptable. It’s about giving adversaries a sense of security and preservation. Therefore, the United States needs to maintain a variety of deterrence systems. While deterrence will not make a war more likely, it will ensure that there’s no nuclear misperception against the West.

As a result of the deterrent, it is important to understand that nuclear weapons are extremely destructive. The US could have responded to a nuclear attack by using equally destructive attacks. The only way to successfully deter the Soviet Union and the Warsaw Pact was to have a large arsenal. Today, the world order is shifting with China adding to the equation. What worked during the Cold War between two powers, may not be true with three. Especially in light of the increased tactical capabilities of China, Game Theory no longer favors nuclear deterrence; it’s entirely possible that defeat on the battlefields of Asia (via China) and Europe (via Russia) will lower the threshold of MAD increasing the probability of nuclear war in the future.