Basic Training in the US Air Force 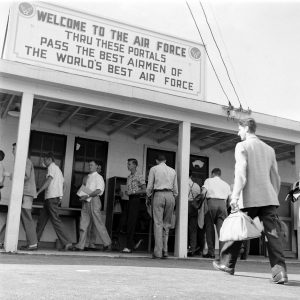 If you’re considering joining the US Air Force, there are many things you should know about Basic Training. It’s not an easy time for most Airmen, and the training program can be demanding. You’ll spend long hours in class and undergo daily workouts. While it may seem like a lot of work, the basic training is essential for an Airman’s, physical and emotional health.

Here’s what to expect. After completing the basic training, you’ll be able to join the ranks of the US Air Force and begin serving your country!

Week 0 is similar to the first day of school. The recruits will meet their Military Training Instructor and be shown what to expect during their training. They will receive their gear and be educated about how to use it. They will also be taught how to clean their uniforms. After week 0 is over, the next week will be Week 1. The fifth and sixth weeks of basic training are characterized by different activities.

During the first week of basic training, recruits will learn about military customs and the Honor Code, and they’ll develop an understanding of the values that guide their life in the service. After completing their academic coursework, they’ll participate in academic training on Air Force history, organization, and finance, as well as learn about human relations and customs. It also consists of classroom learning, drill, and career guidance.

The second week of Basic Training in the US Air Force teaches the history of the Air Force and its heritage. They will also learn how to use weapons and conduct basic war games. They’ll also learn how to maintain their weapons, complete fitness, and marching positions. There’s also a significant section devoted to countering the threat of terrorism. In addition to learning about the Air Force’s security programs, recruits will receive training on anti-terrorist techniques and environmental awareness.

After the orientation, basic training will begin. The duration of the course is typically seven weeks in the training program but can be longer if a trainee needs to repeat certain training sections. These courses are designed to increase their independence and increase their confidence. The overall goal of Basic Training is to instill discipline and Esprit de corps in the trainees to develop effective fighting Airmen. It also makes the trainees feel prepared to enter the operational Air Force. Air Force Basic Training has evolved and transformed many times since the inception of the Air Force in 1947, but the core values of Integrity, Service Before Self and Excellence remain the bedrock of the Air Force. So what can you expect at the end of the course? There are many benefits to basic training in the US Air Force!

Although not intuitive during the training, the Air Force is shaping and molding individuals to become military leaders. If you’re considering joining the Air Force, this is an excellent opportunity for you. This will allow you to learn more about the profession you’re interested in and make valuable contacts. Veterans consistently agree, there’s no better way to make friends in the US than through the military!

The first phase of basic training is comprised of three phases. The basic phase is often referred to as “boot camp,” and it focuses on general skills that are necessary for everyone in the service. The advanced phase, on the other hand, develops specific skills that will help you excel in your specialty. During the basic phase, the Air Force recruit will be exposed to the culture of service and learn to take a leadership role in the military.

The seventh week of the program is focused on deployment training. This week, trainees will learn about operating the Air Force in a deployed environment, i.e., war time skills. They will also take the final physical fitness test. If they fail this, they will be transferred to the “Get Fit” flight. Once they have completed Basic Training, most Airmen will follow up with specialize technical training – similar to a trade school, they will learn the technical aspects of their career field. This specialized training often leads to an Associate Degree being issued by the Community College of the Air Force

Basic Training in the Air Force requires persistence, discipline and focus. Popular culture tends to over-state the emotional side of Basic, but for those graduates, Basic Training is considered a source of pride and an experience that lasts a lifetime.