Basic Training in the US Army 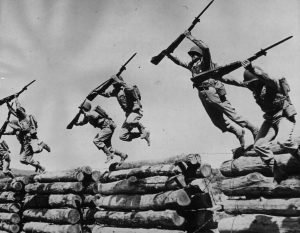 The United States Army is committed to providing its troops with the most up-to-date and comprehensive training available. The course takes approximately ten weeks to complete. The first two weeks of basic training are dedicated to acclimatizing new recruits to military life, while the third week is devoted to field training exercises. During week three, recruits begin to practice the use of a standard issue rifle, the M16A2 assault rifle, while learning how to operate the M4 carbine. The ten-week program ends with a bivouac and the beginning of MOUT, or nighttime combat operations. These exercises also operated under the control of drill sergeants that work against the recruits to foil their plans and keep them safe during the operations.

Basic Training in the US Army begins with a course in Army history and values. In the history course, trainees will learn about the founding of the Army, the 7 Core Values, and the Soldier’s Creed. They will also learn about the army’s heritage, and how to defend themselves and others in a combat environment. The courses are intended to prepare soldiers for combat. Basic Training is also dedicated to military drill and ceremonies.

After Phase I, trainees move to the second phase, called “White Phase.” This phase focuses on gunnery. During this phase, trainees are taught to shoot with the service rifle. The targets become more difficult to hit as time goes on. Next, trainees are introduced to anti-armor weaponry. By the end of the training, soldiers will be equipped with a full arsenal of weapons and how to use them – or defend against them.

The final week of BCT is all about the soldiers. It involves a 15-kilometer march back to post, and one week of field training. After the final training, soldiers have the opportunity to spend time with their families and meet with their battle buddies. The drill sergeant calls roll at formation and recruits must line up in their company area to complete physical training in the morning. After the morning physical training, the recruits go to their company area for breakfast.

The Army is committed to providing its new recruits with the skills they need to become effective military members. In addition, soldiers are trained discipline and teamwork; it’s critical for each soldier to learn how the overall structure of the military operates so they can perform the functions vital at their level and assure the success of the Platoon and higher elements. Soldiers are taught both leadership and followership as the course is focused on ensuring that soldiers have a good sense of military bearing. They should know how to follow their superiors even as they make their own decisions at the tactical level.

In addition to studying the material in class, recruits also undergo rigorous physical training. The training is designed to prepare them for the Army Combat Fitness Test (APFT). During the last week of this course, they will also undergo a series of other tests that test their abilities. These include basic medical exams, mental health tests, and even a few physical exams. It is vital to be physically fit before joining the army.

The recruits will have to face a variety of challenges during their training. They will be required to clean pots and pans, complete road marches, and learn how to dismantle a rifle. The recruits will also be trained to perform pugil stick fighting and prove their marksmanship at a firing range. The basic course isn’t for beginners, and Army basic is quite challenging.

Despite the many challenges of the basic training, the US Army is known for its commitment to its training. The initial entry training program is split into two phases: the basic phase, which is referred to as “boot camp,” is where new recruits learn the general culture of the military and get their uniforms. The advanced phase, or BCT, is where individual soldiers learn the skills necessary for their specialty. Most trainees are required to complete their introductory physical fitness test. Morale and Esprit de corps are critical components of basic training and soldiers develop a strong bond that lasts for a lifetime.